Documented gunshot wounds in odontocetes are a rare occurrence, but have been previously reported in several locations within the United States. Depredation of bait or catch from fishermen has been identified through anecdotal accounts as a reason behind shootings, though confirmation of the circumstances behind any gunshot wound is difficult. We report the apparent shooting and short-term survival of a dependent common bottlenose dolphin calf from the resident O‘ahu insular population, based on community science photo contributions. The calf was first documented in November 2017 and from the sighting history of its mother it was at most 4.5 months old when first documented. Photographs from 30 June and 14 July 2018 show a wound characteristic of a gunshot injury on the melon, with a small, round wound with inverted margins on the right side, and a larger, more irregular wound with an extruded margin on the left side, consistent with entry and exit wounds, respectively. Throughout both encounters, the calf did not display any unusual behaviors, swimming alongside its mother and surfacing at regular intervals. Subsequent encounters over the following eleven months show that the wound gradually healed over, eventually leaving only a small depigmented scar and area of visibly healed tissue over the original entry wound on the right side, and a single larger depigmented scar and area of lighter pigmentation over the area of the original exit wound on the left side. While the calf did not display any obvious changes in body condition or behavior, it was estimated to be at most 23 months of age when last seen and thus still dependent upon its mother. It is not known whether the calf will be able to echolocate and feed independently following weaning, and therefore further encounters will be required to assess long-term survival and body condition. 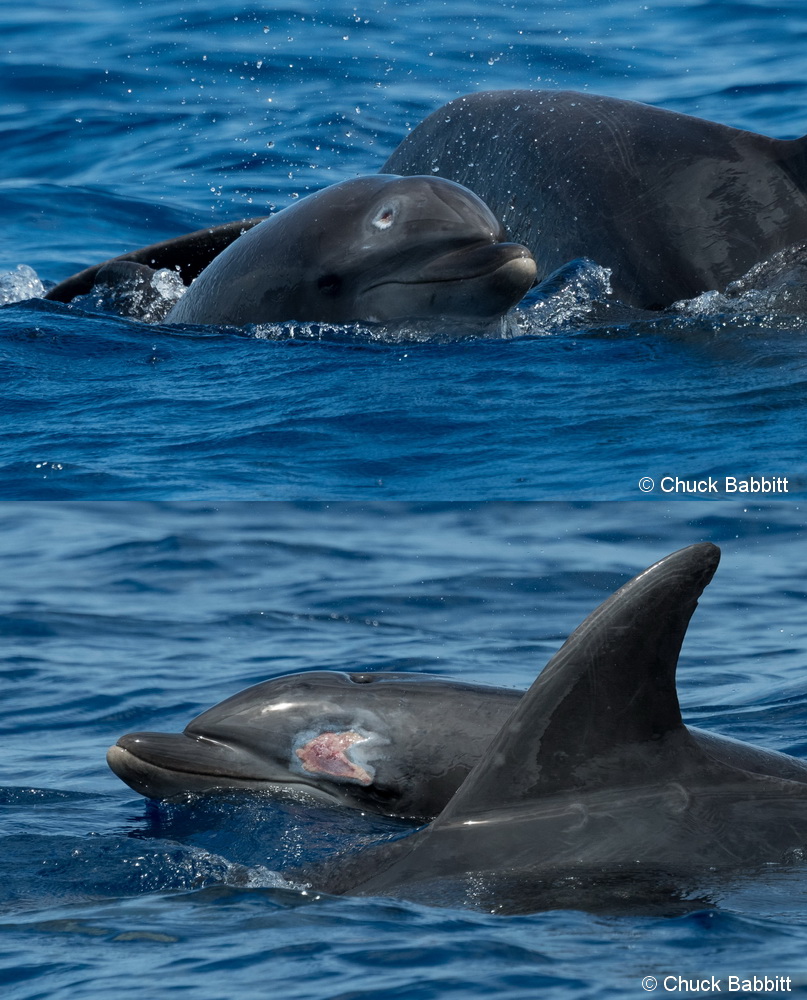 Above: Photographs of bottlenose dolphin calf HITt1093 with gunshot wound visible on the right (top) and left (bottom) sides of the melon on 14 July 2018. The accompanying adult is likely the mother based on close proximity during all encounters of the calf. Photos by Chuck Babbitt. 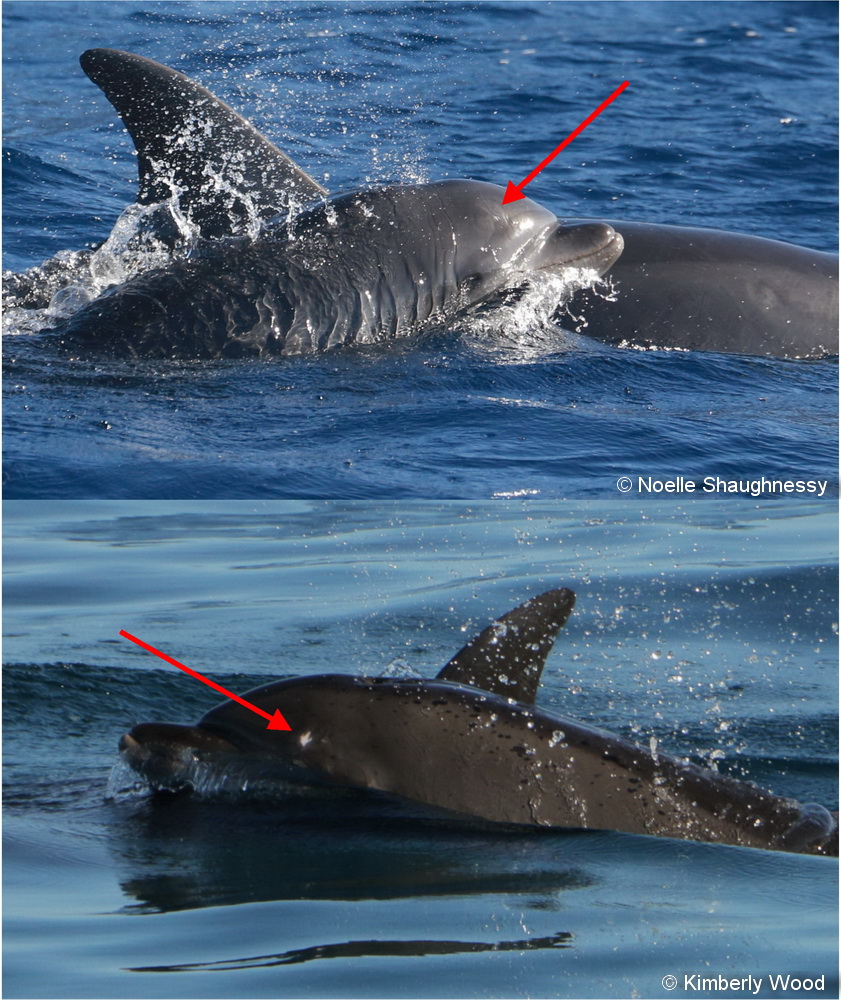