A gray whale washed up on Johnson Pt on 29 April 2007 near Johnson Pt. and was subsequently towed to McNeil Island and examined there by scientists with Cascadia Research and Washington Department of Fish and Wildlife on 1 May 2007.  The whale was a juvenile female likely 1½ to 2½ years old measuring 28½ feet (8.7 m). The whale was first reported by residents of the area around mid-day on Sunday 29 April and an initial examination was conducted that evening by Cascadia. Arrangements were made on 30 April to relocate the animal away from a populated area where it could be examined and could decompose naturally. After several possible locations were considered, WDFW and the Washington Department of Corrections agreed to allow the animal to be moved to McNeil Island, which is closed to the public. With the help of Seattle Seafoods the animal was towed there on the evening of 30 April and the exam conducted at the low tide on 1 May.

This whale had died very recently and was in very fresh condition. Recent suspected and confirmed sightings of this whale had been made in the previous week prior to the stranding. We were able to photographically confirm that this was the same whale that was in Elliot Bay and the east waterway of the Port of Seattle on 23 April. What appeared to be this same whale was also reported seen in Budd and Eld Inlet on 25 and 26 April. One resident thought they had seen this whale alive in the area it stranded on 28 April.

Two factors were identified as playing a role in the death of the whale: 1) the whale was emaciated and in poor body condition, and 2) the right lung had signs of a massive infection. A wide range of tissues were collected for examination of histo-pathology, diseases, bio-toxins, genetics, and contaminants and these should provide more information on both of these factors once tests are completed (several weeks or longer). Other than the two factors above, the animal did not appear abnormal. It had an injury on its fluke and some healed scars from a killer whale attack but these did not appear serious.

Close to 20,000 gray whales migrate past Washington State, twice each year, once southbound in late December and January on route to their winter breeding grounds in Baja Mexico and once from March to May as most animals migrate back to their summer feeding grounds primarily in Alaskan waters. A few gray whales come into Puget Sound each year including about a half dozen that regularly return to the Whidbey Island area each spring to feed on ghost shrimp. Several hundred animals spend the spring, summer, and fall feeding primarily off the coast of Oregon, Washington, and British Columbia.

Photos from start of examination on 1 May 2007: 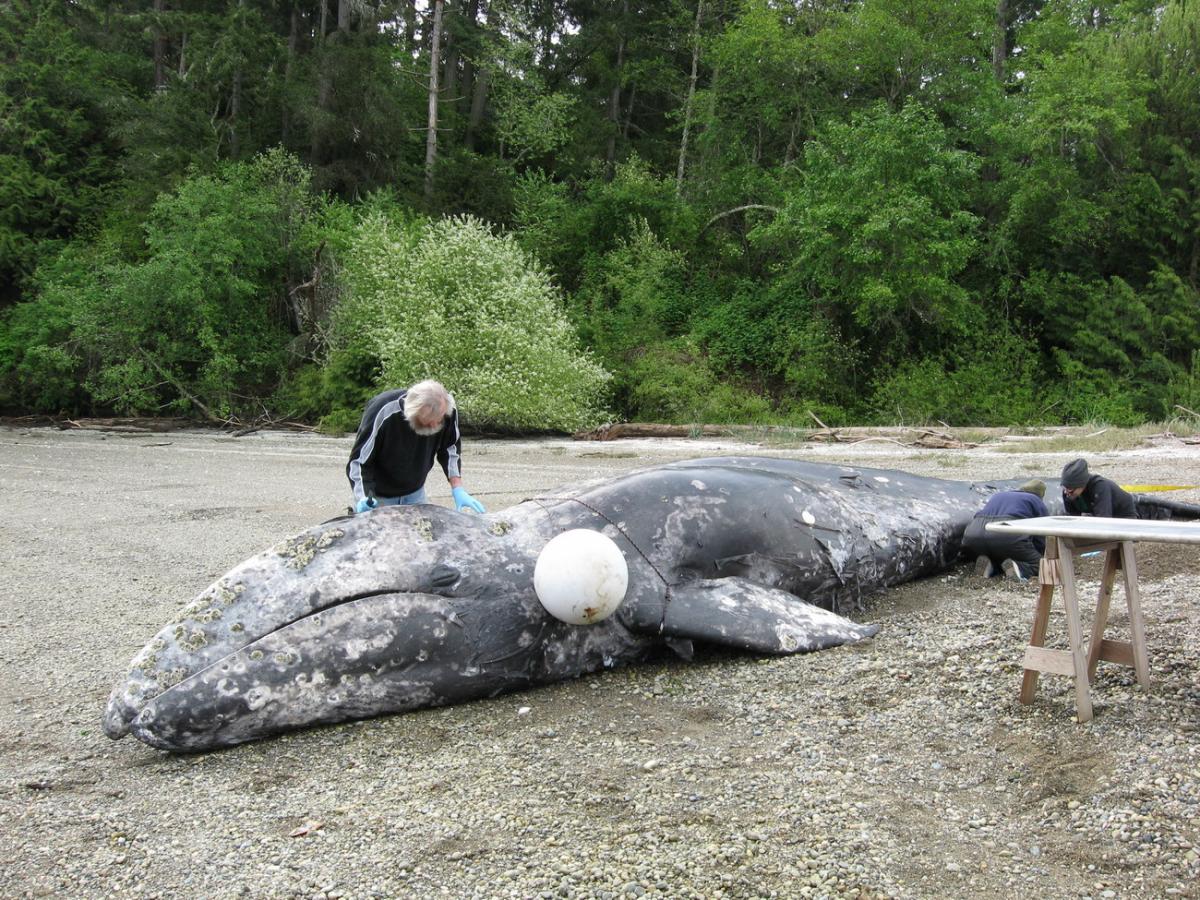 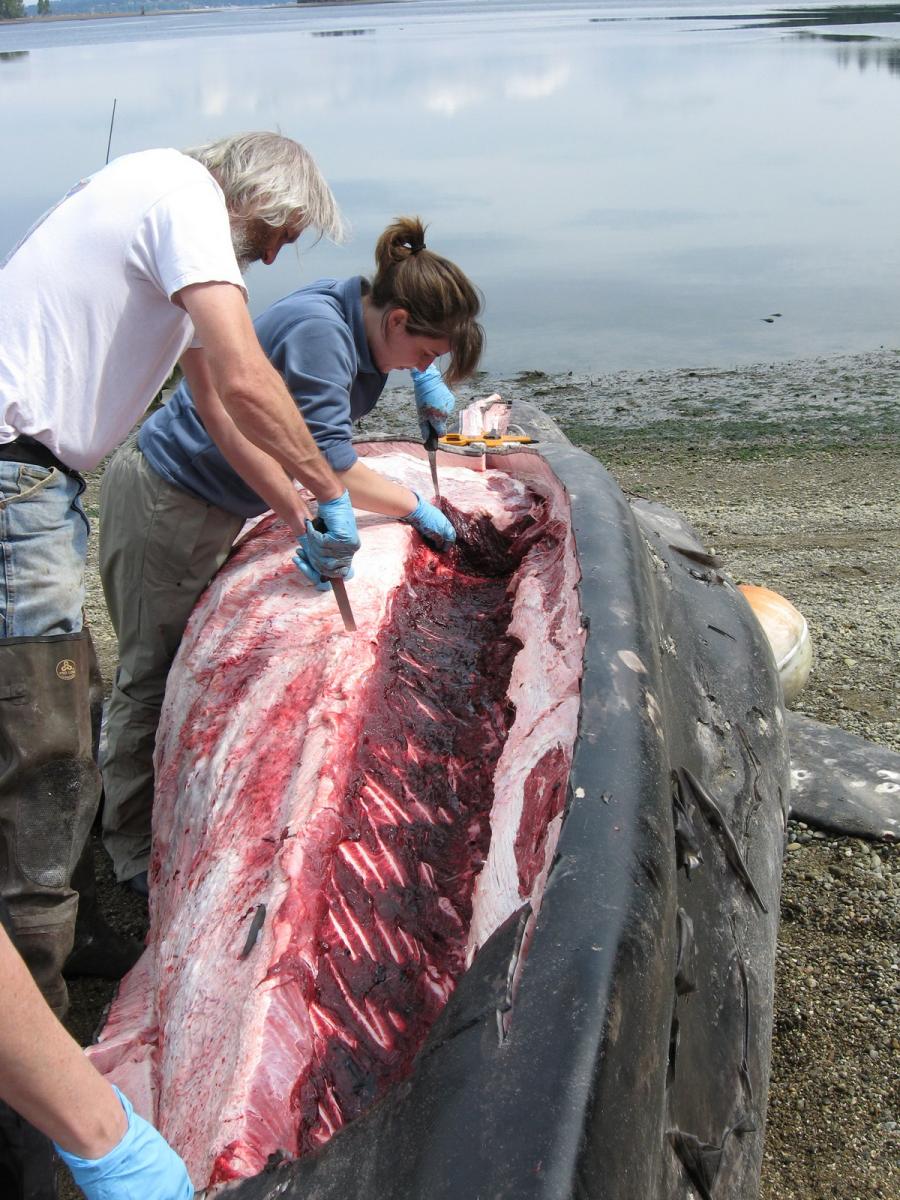